We are PFI, the Prague Film Institute - a top film school with a unique history and family-like atmosphere. While studying at PFI, students have created a number of exceptional student films and cooperated on many professional film projects. 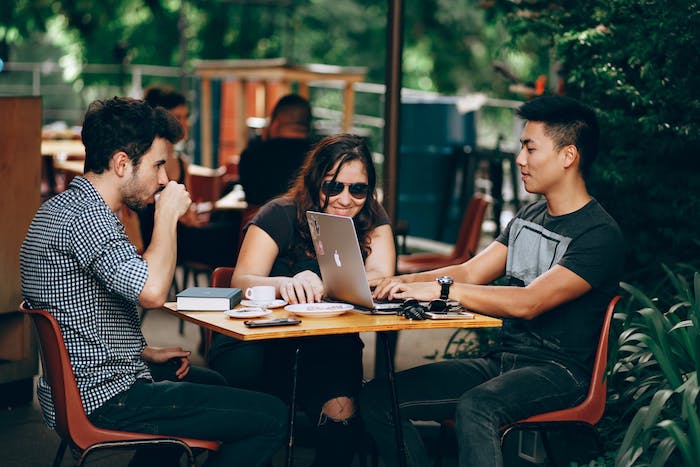 Our Institute resides in Prague in an actual working film studio and is co-owned by Three Brothers Film Production Company. The school premises are a renovated 16th-century courtyard villa with a 7000 m2 exterior studio, which has been completely renewed and customized for filming.

During your studies, you will have access to 26 on-site studios, a large greenscreen studio for special effects and a prop house that belongs to the largest of its kind in Europe (specializing in historical furniture, costumes, weapons, and armor). We also have very useful dining and catering facilities, wardrobe with laundry service, make-up and dressing rooms, plus quiet rooms for undisturbed production work with your team.

Our collective has been involved in the production of a wide range of World and Hollywood movies. Our quality has been appreciated, among others, by stars such as Heath Ledger, Arnold Schwarzenegger and Sean Connery.

The school’s general partner, Three Brothers Film Production Company, acts as a guarantor of our study programs’ quality and practical effectiveness. Three actual brothers founded this company in 1991, and these studios have stood behind the realization of over 85 feature films, documentary films and docudramas for both domestic and international companies such as the BBC, History and The Discovery Channel, Czech Television, Barrandov, ZDF, ARD, ARTE and Gruppe 5. To this day, the company remains an important and integral part of the film and TV industry both in the Czech Republic and abroad.

Why Study at PFI?

Here are seven reasons why students choose to study at the Prague Film Institute.

Thanks to our close cooperation with the Czech Stunt Fighting Association, PFI is the only filmmaking school where the ability to shoot action scenes is a basic component of study. We will teach you how to shoot real action scenes in practice, not just in theory.

Our filmmaking programs give you access to industry standard equipment and facilities, including fully-equipped editing rooms, a green screen studio, top end cameras, grips, drones, base, mobile equipment and much more.

The quality and creativity of our education are guaranteed by our experienced fame Prague tutors and awarded professionals.

Make the best student films out there with teams experienced in the production of Hollywood movies. Unlike other film schools, we encourage our students to build relations with our industry-leading partners.

Experience an individualized study approach through extensive one-to-one time with your tutor within a family-like environment in our Prague Film Institute premises.

Our fees are lower than Prague FAMU tuition. Affordable prices and real industry experience with world-famous Czech production make us one of the best schools for film in Europe. We deliver real industry value for the money.

Looking for an English school in Prague? All programs are delivered exclusively in English - international students are welcome.

Can you send me more information about this program?

Where is this school located?
Where is the campus located?

What other funding options do you have for this program?

In what language is this program taught?